My theory about The Americans

Prepare for your mind to be blown

This week marked the finale of season 4 of the Americans. Like almost everyone else, I loved it. Already, I can barely wait until the next season starts. But as I prepared to watch the finale, I had a nagging thought. I just couldn’t let it go. And now, I am absolutely convinced that … [Warning, serious spoiler alert ahead!] 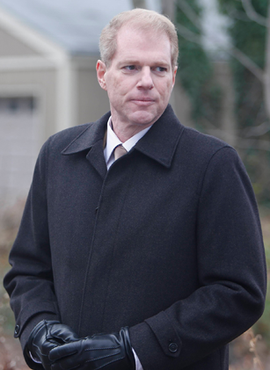 Let that soak in for a moment.

My theory is that Stan has known about the Jennings from day one. In fact, Mrs. Sandra Beeman is in the CIA, too. They’re just like Elizabeth and Philip; a “married” couple working together on getting close to the Jennings. The FBI story? It’s cover, designed to make the Beemans too attractive for the Jennings to pass up. Although we’ve all been waiting for Stan’s “Leaves of Grass” moment when he realizes the Jennings are KGB, we’ve been played. This whole time we’ve been thinking that Philip is trying to convert Stan? Think again: Stan has been working Philip.

If you pause and think about it, we don’t really know anything about Stan Beeman before he moves into the neighborhood. And neither do his peers. Here’s a man who one day shows up with a family that barely knows him, with a backstory that is plausible but decidedly undeveloped. Here’s a man who is decidedly tenacious in his day job, but back at the home front seems never to suspect that his neighbors are spies, despite the fact that he was suspicious on day one and then never again after that (“Huh. Nothing in the garage? Job’s done, folks!”). And, gosh darn it, even though Stan sees basically a million sketches of the Jennings, he never sees them in the pictures. I guess those wigs are just super solid.

There are a lot of pieces of the puzzle that start to make sense when you play this out. For example, Beeman has already flipped two Soviet spies: Nina and Burov. In doing so, he’s managed to thwart major dangers to the US (an assassination attempt, loss of biological weapons, etc.). Maybe it’s the Russians who are having morality crises, or maybe it’s that Beeman is a master in spycraft.

And what about the protective halo that surrounds Beeman? Remember back in season one when Stan kills a KGB agent, against orders, seemingly out of pure passion, in an unauthorized operation? Remember how Stan basically suffers no consequences for this? And, oh yeah, it was a joint operation of the FBI and CIA? Fast forward to season 3, remember when Stan effectively ran an off-books operation related to Burov? And how Gaad can’t punish him? Maybe Stan’s just lucky and the FBI prizes results over protocol. Or maybe Beeman’s got air cover.

Then, there’s Henry. Hasn’t it been a bit weird that Stan has gotten so close to Henry? Philip we can understand. They’re just two middle-class dudes in suburban DC living their lives, talking cars and EST, drinking their beers. But Henry? Sure, we’re supposed to believe that Stan’s filling the family-shaped whole in his heart now that Sandra and Matthew are out of the picture. But what if Stan’s grooming Henry? Sting is most certainly right that the Russians love their children, but the Americans’ love of Russian children might just be a little more calculated.

Finally, there’s Martha. Yes, Martha is the crown jewel in the FBI’s bumbling. Unless of course the US has known about Martha the whole time, and has been using the situation as a vector for misinformation back to the Soviets. Or, better, using Martha as an emotional wedge against Philip. Or even better, a CIA operative now working in the Soviet Union, exfiltrated by the Russians themselves! If Martha was in on it (“oh, she doesn’t have any friends either, you say? weird.”), then maybe – just maybe – the tapes from the pen were edited before they got sent to KGB Centre.

Now, all of this could be off the mark. It’s obviously possible that Beeman’s just an average American FBI agent, working in counter-intelligence, coincidentally living across the street from the KGB’s most important couple. But, if we’ve learned anything from the show, sometimes the best secrets are hiding in plain sight.

And, oh, by the way… Joe Weisberg, the creator of the Americans was CIA. Just sayin'.